The Palasota Drive Phase I Reconstruction Project is scheduled to begin the week of Jan. 18, 2021. Bridge reconstruction at Cottonwood Branch (West of Bridge Meadow) and at Tributary 5 (West of Groesbeck) will prevent East – West through traffic between West 28th Street and Beck; and between Beck and Groesbeck.

Through their investment in the old Bowie School on 26th Street, GVBM, LLC showed that with a little bit of love and patience, downtown revitalization is alive and well in Bryan. That’s why they were honored with the Mayor’s Downtown Impact Award this year.

On Monday, Jan. 18, 2021, the City of Bryan Municipal Office building and all other City administrative offices will be closed in observance of the Martin Luther King, Jr. holiday and will resume normal operating hours on Tuesday, Jan. 19, 2020.

The City of Bryan is exploring the possibility of offering broadband internet access, and we need the public’s help – both residents and businesses – to determine the feasibility and cost-effectiveness of doing so.

The City of Bryan’s Public Works and Fire Departments have a few reminders when it comes to your live Christmas trees.

After 76% of voters approved the proposition that allows (but does not require) the City of Bryan to offer broadband internet service, Bryan residents may be wondering “what’s next?” The answer is research.

The City of Bryan now owns the historic Queen Theatre, ensuring it will continue its legacy as an icon in the heart of Historic Downtown Bryan. The Bryan City Council unanimously approved the conveyance of the building from the Downtown Bryan Association (DBA) at the Council’s Dec. 8, 2020 meeting. 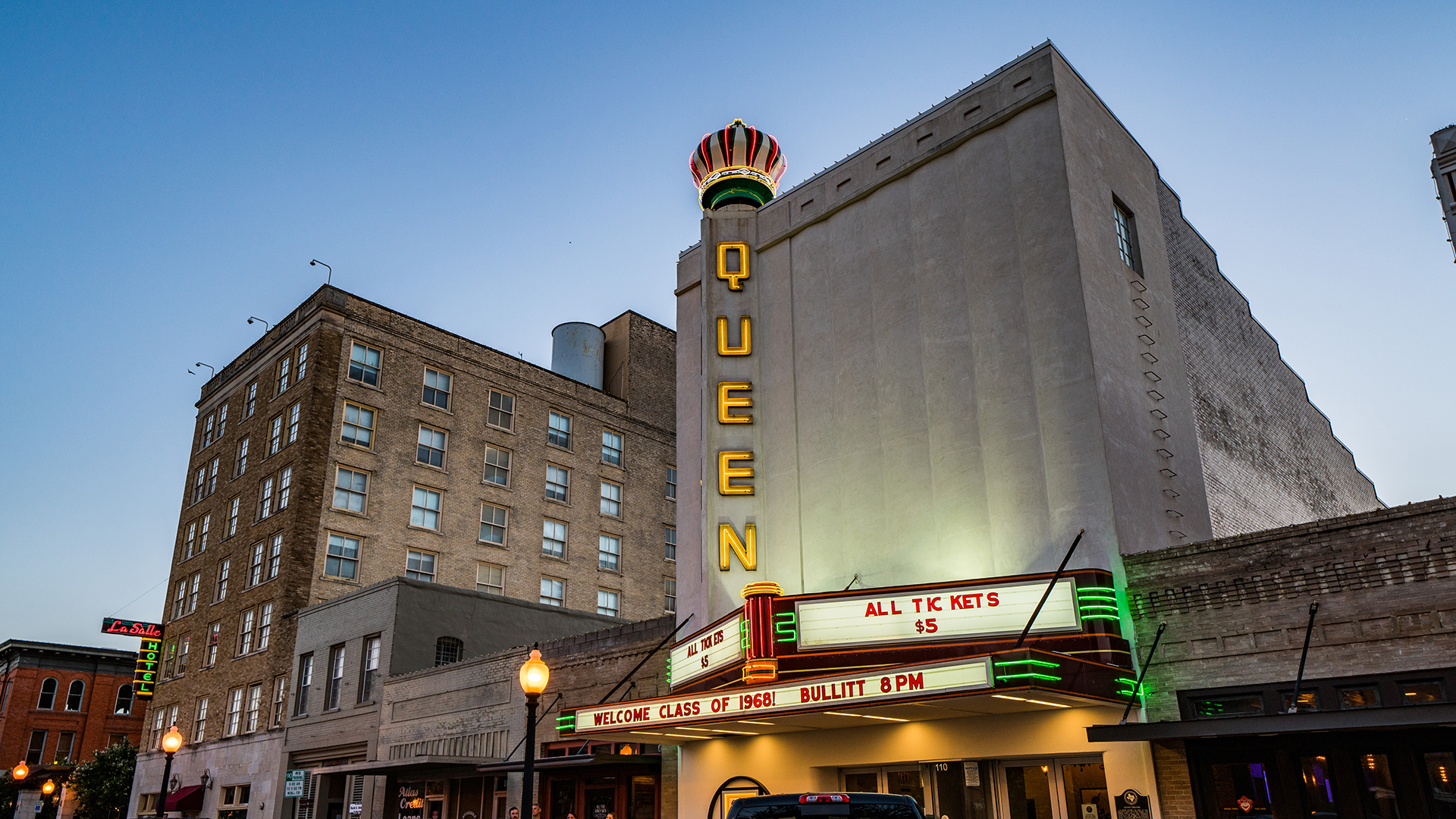 The City of Bryan now owns the historic Queen Theatre, ensuring it will continue its legacy as an icon in the heart of Historic Downtown Bryan.

Terms of the conveyance include that the city will be responsible for the current mortgage balance and closing costs not to exceed $470,000, and assume the maintenance and upkeep of the building. Although the City of Bryan has no plans to sell the building, DBA would receive the first right of refusal to purchase it in the next five years.

The office portions of the building will be occupied by Destination Bryan, the newly established destination marketing organization for the City of Bryan. The city will solidify future plans for the rest of the building in the coming year.