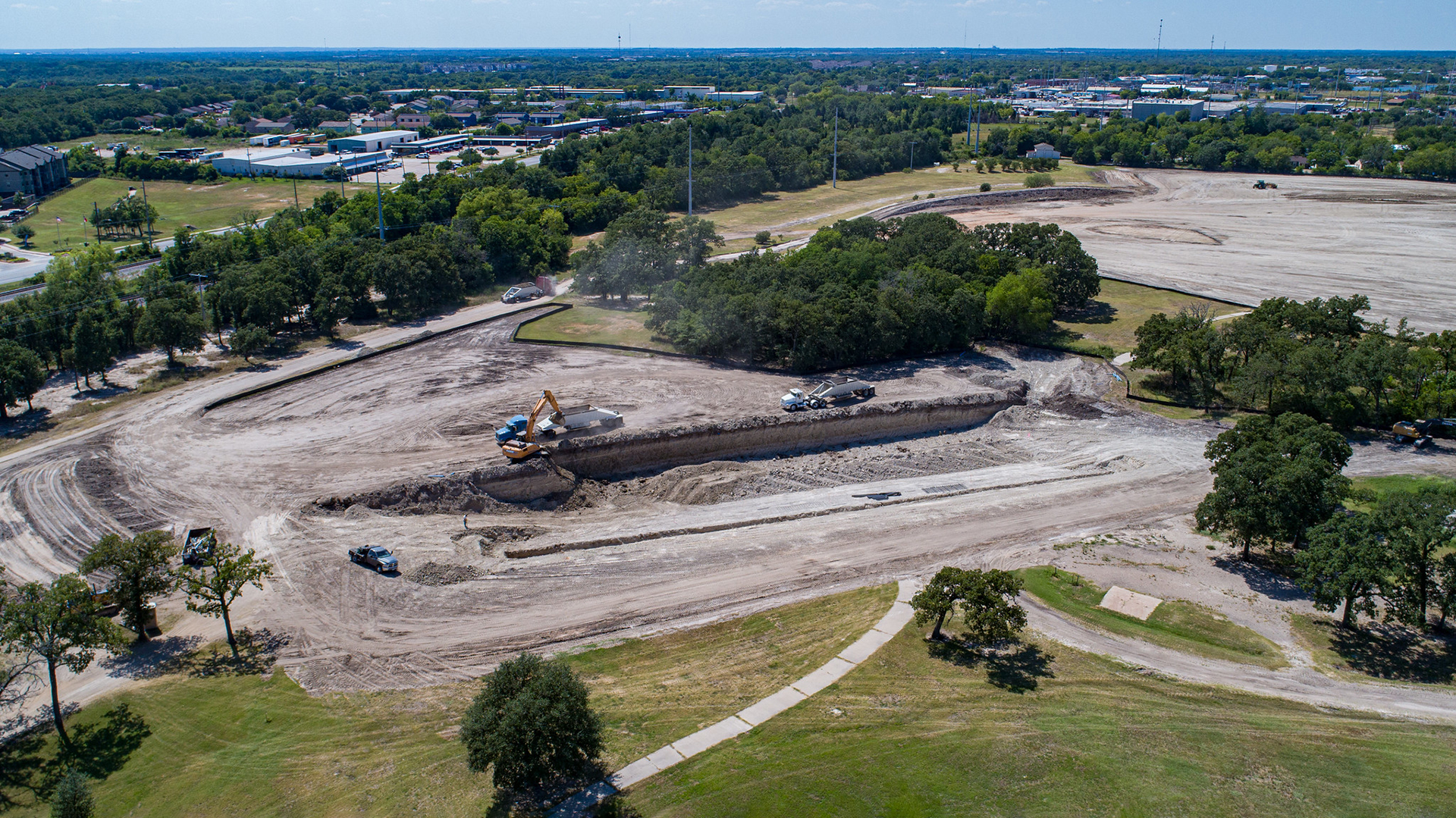 Construction on several parts of the Travis Bryan Midtown Park project are well underway, and progress can start to be seen.

City staff are working finishing up work with consultants to soon complete the design guidelines for the overall development of the park, including the public and private components. Once complete, Bryan’s regional park will be the premier recreational and sports destination in the Brazos Valley. Planned amenities include a large indoor sports and event facility, a 2‐mile perimeter walking trail, a lake with two piers, upgraded baseball and softball fields, an amphitheater, a grand lawn, many acres of open space, and a greenbelt.