Residential trash and brush & bulky collection routes with a normal pickup day on Thursda, were not completed this week. These routes will be completed on Friday, Feb. 26.

The City of Bryan recently received a $10,807 matching grant from the Historical Commission to map and conduct a monument assessment of the Grandview Cemetery and Freedman’s Burying Grounds at the Bryan City Cemetery.

The City of Bryan is waiving fees for permits required for repairs related to winter storm damage at residential and commercial properties.

The City of Bryan’s Tire & Oil Recycling Center will be closed from Monday, Feb. 22 through Friday, Feb. 26 so that staff may assist in the collection of solid waste. It will reopen normal hours on Saturday, Feb. 27. Anyone with questions should call 979.209.5900.

Thanks to the efforts of our customers and operators, sufficient water pressure is being maintained in our water systems. The Cities of Bryan and College Station have rescinded their call for water conservation. Crews continue to monitor the water system and encourage residents to be mindful of their water use. If you continue to run […]

The City of Bryan will resume regular residential and brush & bulky trash service on Monday, Feb. 22. 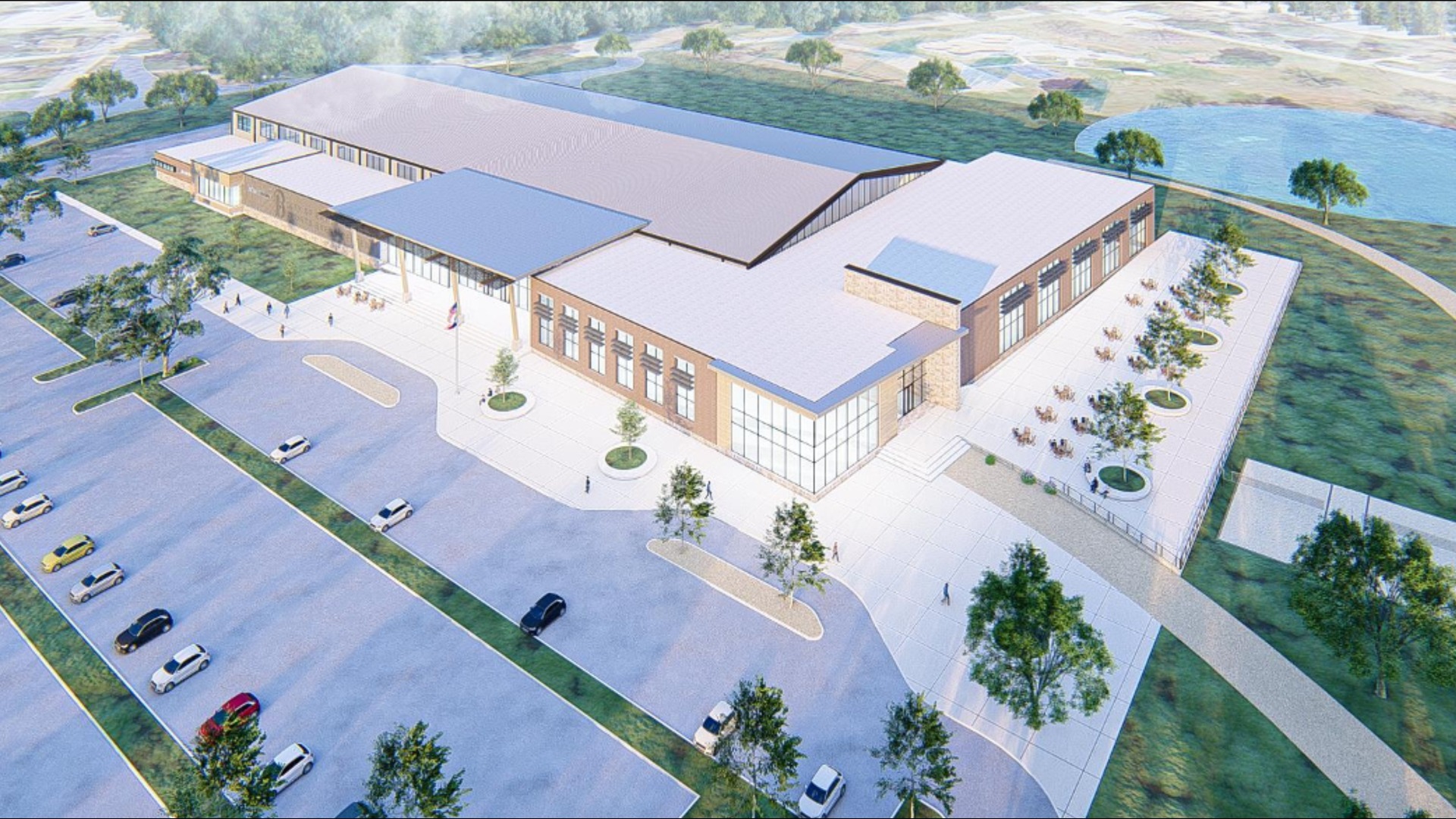 Travis Bryan Midtown Park, one of the City of Bryan’s largest projects in recent history, is well underway, and soon, both residents and visitors can enjoy a variety of recreational amenities in the heart of Bryan.

The 150-acre park will be a world-class destination featuring outdoor athletic fields, indoor recreation facilities and nature-based recreation opportunities. And integrated social and ecological approach that promotes public health, cultural awareness and environmental stewardship is desired. In addition, the new park is planned to be unique in design to provide a catalyst for the positive redevelopment of the entire Midtown corridor.

One of the major planned components of the park is the approximately 126,000-square-foot multipurpose sports and event center. The $40 million building is being constructed through a design-build process in which the City of Bryan identified a budget and is working with consultants to design a building that provides the best value for the cost.

At their Dec. 22, 2020 meeting, the Bryan City Council also approved a facility management agreement with Sports Facilities Management to assist with the pre-opening setup and ongoing management of the sports and event center.

The building will have eight high school-sized basketball courts, which can convert into 16 volleyball courts. That space can be used for myriad activities, including gymnastics and wrestling meets, meetings, pickleball tournaments, archery and cheerleading competitions, boxing and soccer matches, dance and martial arts competitions, e-gaming conventions, trade shows, markets and other special events. The facility also will include concessions, an arcade, party rooms and a flex space for smaller events.

The ultimate purpose of the center is to fill a need that is not met in the community – to create a one-of-a-kind venue that is unmatched anywhere nearby and increase tourism spending in Bryan. But the facility also will be available to local residents. City staff anticipate there will be designated times for residents to use the facility, and that the party rooms and flex space will be heavily used by Bryan residents.

A change residents may notice from the original plan for the park is the new proposed location of the sports and event center. The building is now proposed to be constructed on the northwest side of the lake, further to the edge of the park. Because the building itself will be a destination for visitors and residents, city staff determined the land fronting Villa Maria Road is better suited to other future uses.

Construction is estimated to begin in early spring of 2021, with the building substantially complete in summer 2022.

Travis Fields: Work to completely rebuild the fields and facilities at Travis Fields continues, as the project is slated to be substantially complete in May 2021. The city anticipates tournaments being held as early as late spring.

Lake reconstruction: Work on the lake was one of the first pieces of the overall project to begin, with wildlife being removed, the lake drained and a bypass channel constructed to allow stormwater to flow around it.  Contractors began excavating the lake in September, and removal of dirt will be complete in summer 2021.

More information about the Travis Bryan Midtown Park project can be found at Bryantx.gov/midtownpark.