Residents and visitors will once again be able to rent scooters from Blue Duck from 7 a.m. to 10 p.m. daily, beginning Aug. 6 using the Blue Duck mobile app.

Bryan Animal Services is asking for the public’s help in locating a dog that bit a person on July 29, 2020. Authorities said the person was bit around 3:20 p.m. near the 3200 block of Freedom Boulevard.

The City of Bryan’s oil recycling center at the Municipal Service Center, 1111 Waco St., will temporarily close beginning Monday, Aug. 3, 2020. This temporary closure will be to allow the construction of a new office building on site. Weather permitting, this project is scheduled to be complete by Aug. 14, 2020.

Playgrounds sprouting up around Bryan

Running, jumping, swinging and sliding in new places are just a few of the activities young Bryanites can look forward to enjoying soon. The City of Bryan is working to install five new playgrounds in various parks across the city this summer – just in time for kids to spend time outside in the fun.

Do you have a beloved veteran that you’d like to honor? Consider adding their name to the Brazos Valley Veterans Memorial (BVVM) Wall of Honor this year.

As the effects of COVID-19 continue to impact our community, the cities of Bryan and College Station once again are joining forces to make funding available to qualifying local businesses.

Lead Deputy Court Clerk Marilyn Newton is celebrating 40 years with the City of Bryan’s Municipal Court. She is joined by dozens of employees who are also celebrating milestone anniversaries this year. 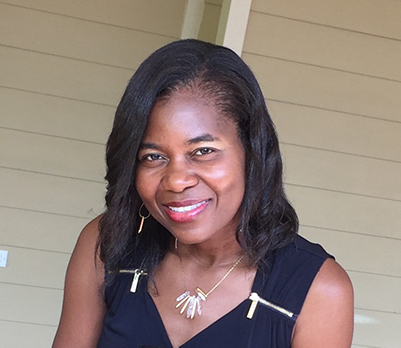 Beatrice Saba, a career librarian, has been hired as the new Director of the Bryan + College Station Public Library System (BCSPLS).

Saba was selected by a panel of community representatives from Bryan and College Station, and was chosen to be the next leader of the BCSPLS due to her wealth of experience managing a large public library system in Georgia. She replaces Larry Koeninger, who served as the library system’s director for 10 years.

“There have only been two other individuals in this position over the last 40 years, including Clara B. Mounce and Larry Koeninger, and we are confident Ms. Saba will carry on the legacy of leadership,” said City of Bryan Deputy City Manager Joey Dunn.

The director position is critical to guide the BCSPLS into the future as a vital resource to the community. Saba’s responsibilities include carrying forward objectives in the recently adopted BCSPLS Strategic Plan while bringing her unique perspective and vision to the library system.

Saba comes to the BCSPLS from the Live Oak Public Libraries in Savannah, Ga., where she most recently served as the Director of Library Services. While at Live Oak, Saba served in numerous capacities and worked with community leaders, organizations and agencies to increase the use of libraries.

“Community outreach is instrumental, and keeping libraries relevant and in the forefront of the community is important,” Saba said. She hopes to bring the practice of outreach to the BCSPLS and the Bryan-College Station community.

A native of Ghana, West Africa, Saba spent her adolescent years in New York City. She brings more than 20 years of public library experience. Saba has a Bachelor of Arts degree in Spanish and International Business from Duquesne University in Pittsburgh, and a Master of Library and Information Science degree from the University of Pittsburgh.

Saba has seen first-hand the importance of books and public libraries and how instilling books in the lives of children is important in them becoming life-long readers. She believes access for all is the key to success in bridging the gap to learning. “Through access, the possibilities are endless,” she said.

Saba will begin her duties as the BCSPLS Director on March 2 and will be based in the Clara B. Mounce Public Library building in Downtown Bryan.