Queen Theatre could soon reopen to the public 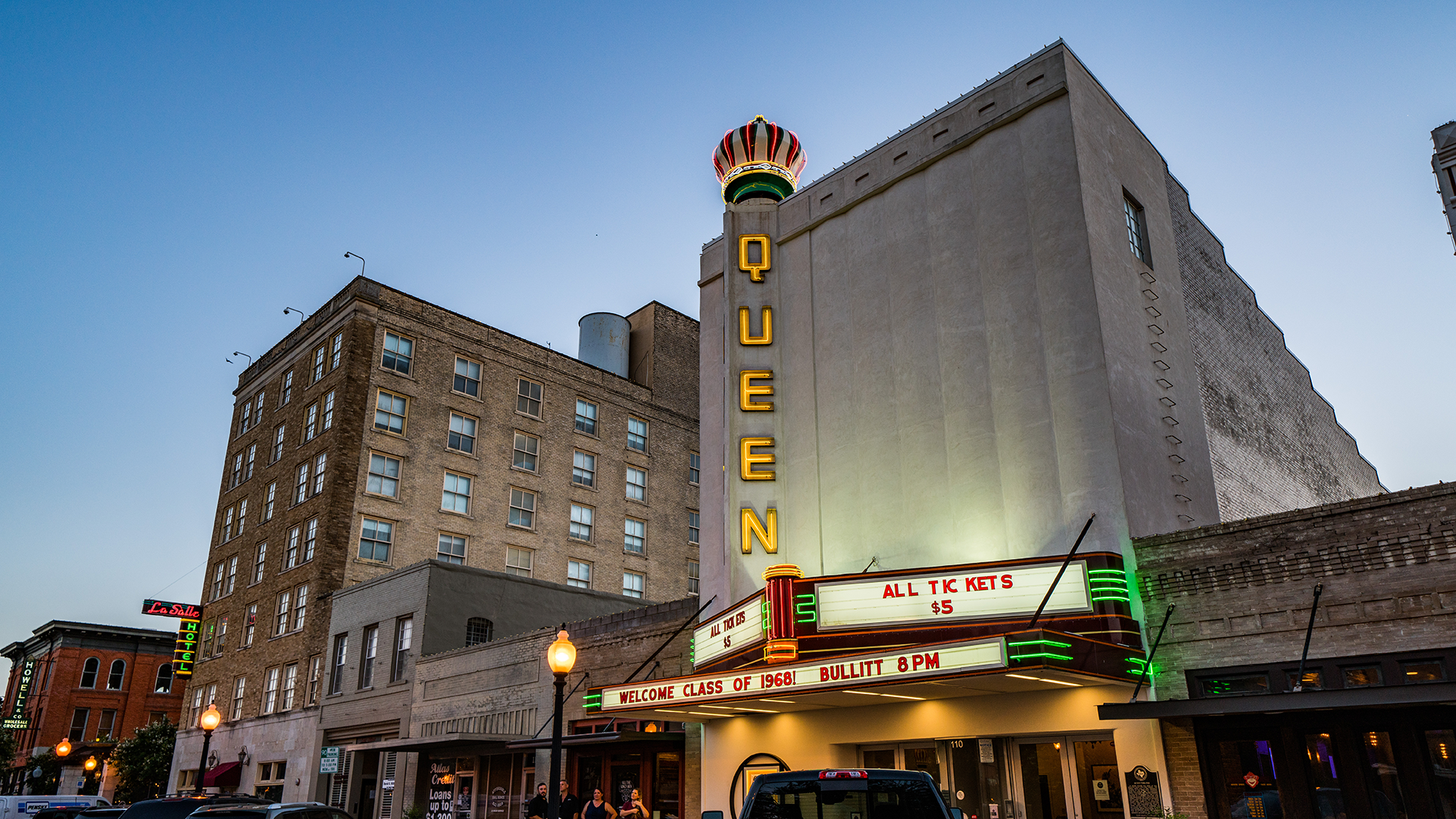 History is coming home to Bryan, Texas, and with it, the Queen Theatre could reopen to the public for the first time since before COVID‐19.

At their June 25 special meeting, the Bryan City Council will consider a management agreement with EPMC, LLC., to operate the Queen and Palace theaters in Downtown Bryan. Under the agreement, the City of Bryan retains ownership of both buildings, and EPMC would operate the facilities with the goal of ensuring activity in both venues multiple days per week.

EPMC is owned by the Schulman family, whose history in Bryan and with The Queen, goes back decades. Since 1926, the Schulman family has enriched their surrounding communities by providing them with affordable entertainment and community‐focused initiatives. Abraham and Morris Schulman moved to Bryan and bought and operated the Dixie theater on Main Street in Bryan, and two years later, they opened the Palace Theater. In 1939, the Queen Theatre was rebuilt and reopened by Edna Schulman.

“The City of Bryan is delighted to have such a strong partner to operate Bryan’s public downtown entertainment venues,” said Bryan Mayor Andrew Nelson. “These venues were originally donated to Bryan by the Schulman family so it’s only fitting that they will now again be operated by the Schulman family’s outstanding entertainment management company.”

The Queen operated as a movie theater until the mid‐1970s. The Schulman family donated the Queen Theatre to a Downtown Bryan revitalization group in 1991, and eventually the Downtown Bryan Association (DBA) purchased the theater in 2010. Through the efforts of DBA and many volunteers, the Queen reopened as a single‐screen film house in May of 2018. DBA transferred ownership of The Queen to the City of Bryan in 2021.

“We would like to thank everyone who had a part in renovating the Queen over the last 10 years, including City Manager Kean Register, Deputy City Manager Joey Dunn, supporting city staff, countless Bryan-College Station donors, as well as key leadership from former Bryan City Councilman Ben Hardeman who did so much to fundraise and rebuild the Queen,” Nelson said. “Their hard work and dedication to restoring the Queen made it viable to continue Downtown Bryan’s legacy in providing quality family entertainment. We would not have been able to do any of this without their efforts.” 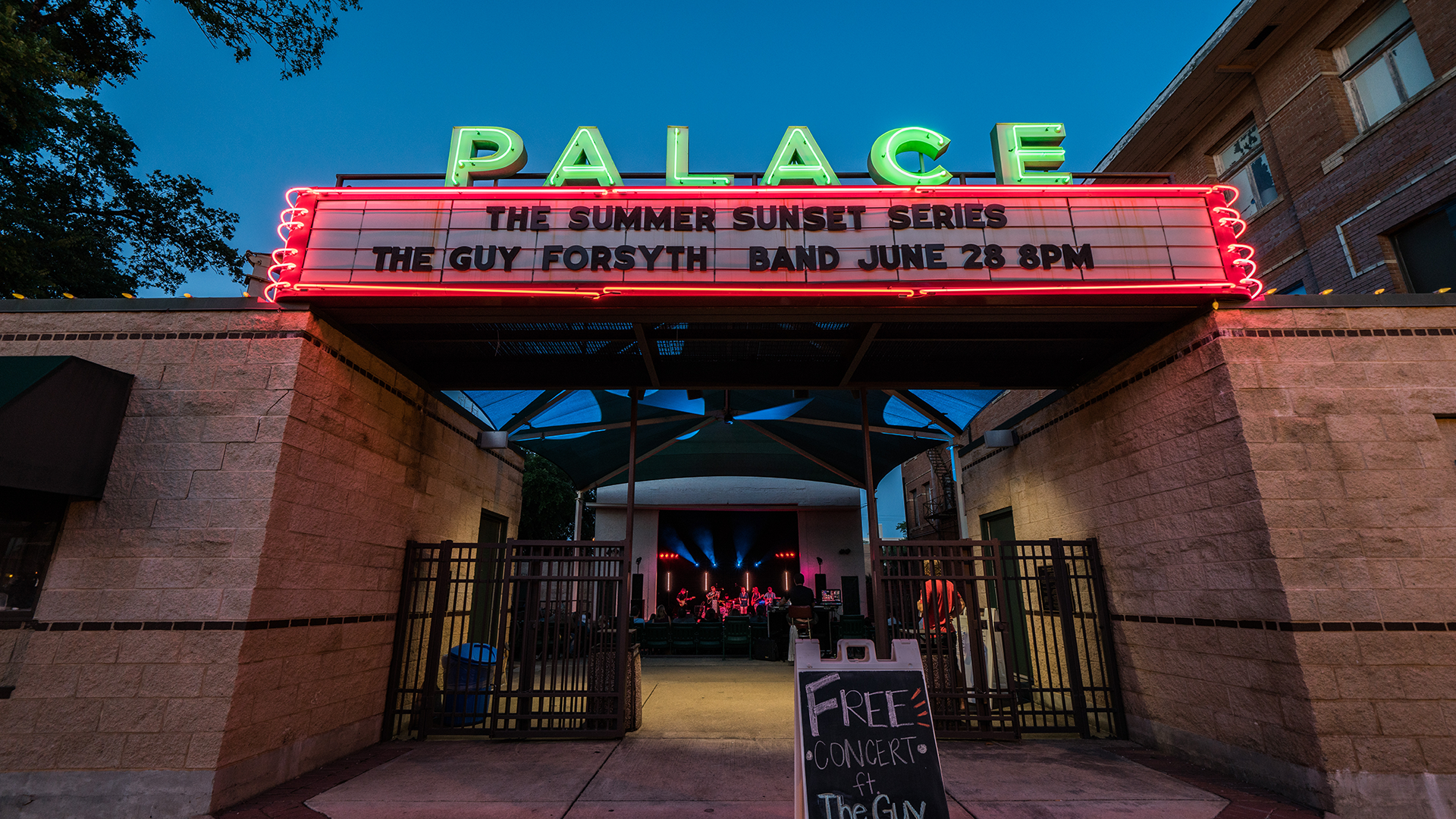 The Palace Theater originally served as an opera house and as Bryan City Hall, with the first motion picture being shown in 1911. In 1926, Morris Schulman was awarded the lease to the building and purchased it in 1928. The Palace served as one of the most popular entertainment venues in Bryan for the next 50 years until the theater’s roof and two side walls collapsed. The Schulman family donated the property to the City of Bryan in 1987. The facility now operates as an open‐air performance venue and event space.

“The Schulman family has a rich history with the City of Bryan as well as the Palace and Queen Theatres. It is with great pride and passion that we have the opportunity to reopen and manage these very special entertainment venues,” said Mark Schulman, President of EPMC Group, LLC.

The management agreement between the city and EPMC would allow the company to make modifications to the interior of the buildings to provide high‐quality premium entertainment experiences capable showing first run movies to visitors. Once open under EPMC management, the Queen will be able to show movies, host live performances and be rented out. The Palace will be transformed to better serve as a rental facility while also hosting public events, concerts and movies. Food and beverages will be available at both venues.

The Queen and The Palace are both estimated to reopen under EPMC management in the fall of 2021.