Smoke testing to begin the week of June 21 in central, north Bryan 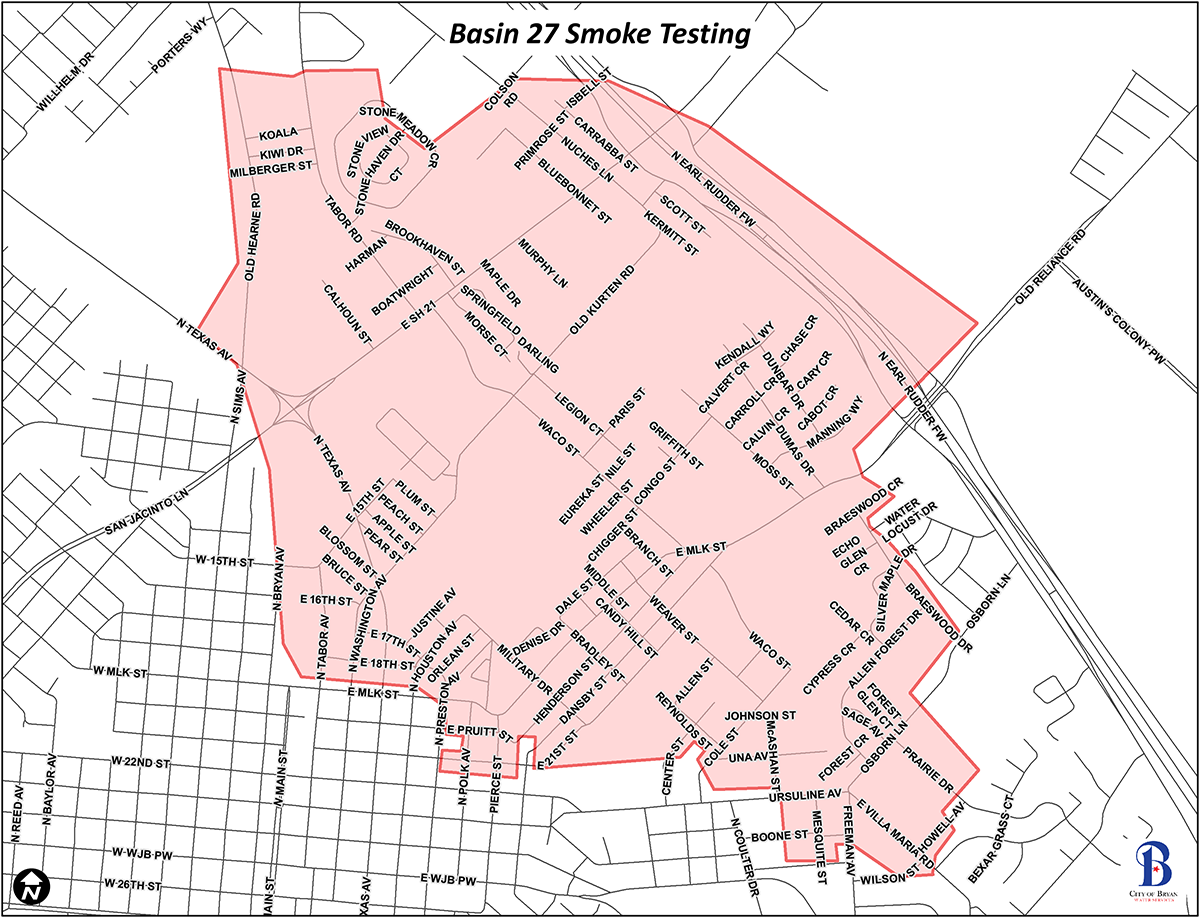 Residents in central and north areas of Bryan may see smoke emanating from various areas beginning the week of June 21, as contractors with the City of Bryan perform smoke testing on sanitary sewer lines.