While it may be difficult to see from the road, construction is quickly progressing at Travis Bryan Midtown Park. The park is undergoing major reconstruction to transform it from a municipal golf course to a regional destination park that caters to all types of recreational users.

The new Travis Bryan Midtown Park will be a world-class destination featuring outdoor athletic fields, the Legends Event Center indoor recreation facility and nature-based recreation opportunities. And integrated social and ecological approach that promotes public health, cultural awareness and environmental stewardship is desired. In addition, the new park must be unique in purpose as well as design to provide a catalyst for the positive redevelopment of the entire Midtown corridor.

A major aspect of the project is to renovate the ballfields, stands, concession stands and parking lots north of Midtown Park. Currently, the detention pond associated with the facility is nearing completion, and the contractor is working to install a new storm sewer along Bomber Drive. 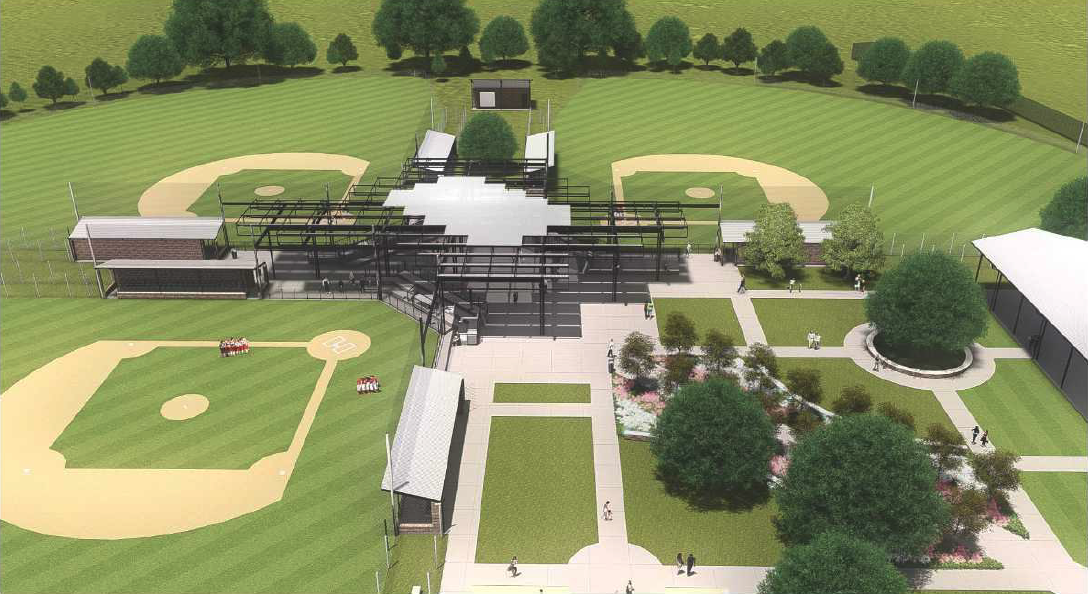 One of the biggest visible changes so far is the lake at Midtown Park. Contractors have removed the wildlife that previously lived in the lake and drained it. To facilitate earthwork on the lake, a bypass channel was constructed to allow stormwater to flow around it.

Contractors began excavating the lake in late September, and the work is expected to continue into 2021. In the first three days, more than 125 loads of material have been transported to the Twin Oaks Landfill. The crews implemented the Chemical Hazard Safety Plan, which designates contaminated and decontaminated work zones and trains workers to handle each type of material. Each truck leaving the site passes through a tire and undercarriage wash system to remove any soil, and all trucks are transporting material with covered beds to prevent loss of material due to wind. 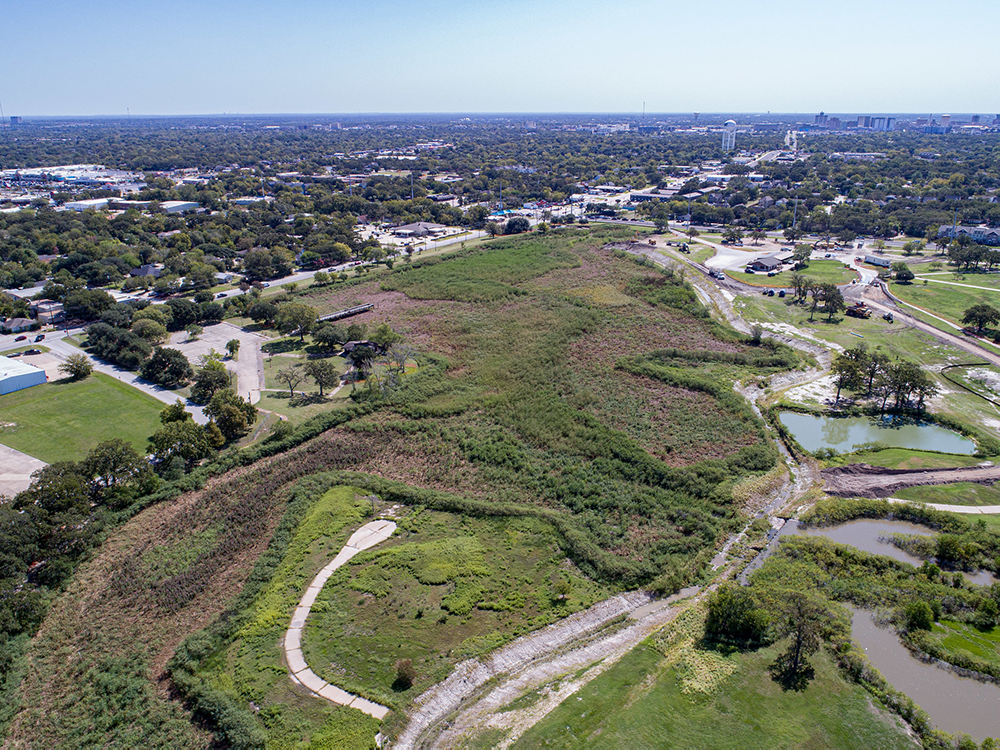 With all of the amenities planned for Midtown Park, a roadway to access them is required. The deceleration lane and entrance to the park from Villa Maria Road was completed earlier in 2020.

Crews recently completed a substantial portion of Midtown Park Boulevard from Villa Maria Road to the first roundabout in the park. The traffic signal poles and arms are installed at Villa Maria, and crews are continuing to work on wiring to activate the signal. 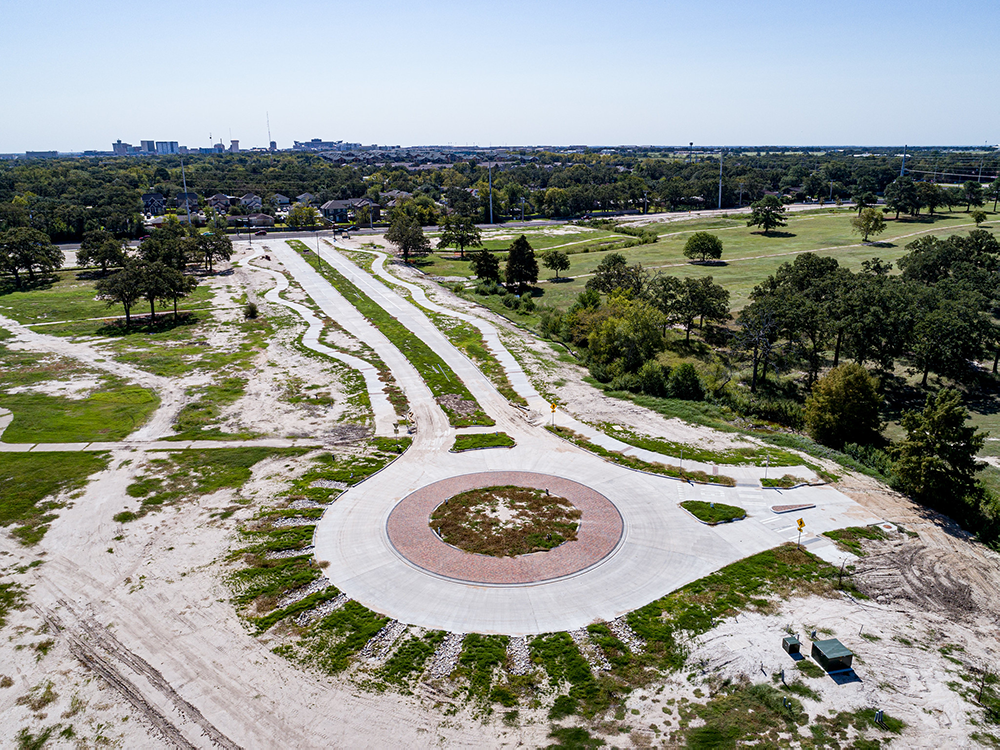