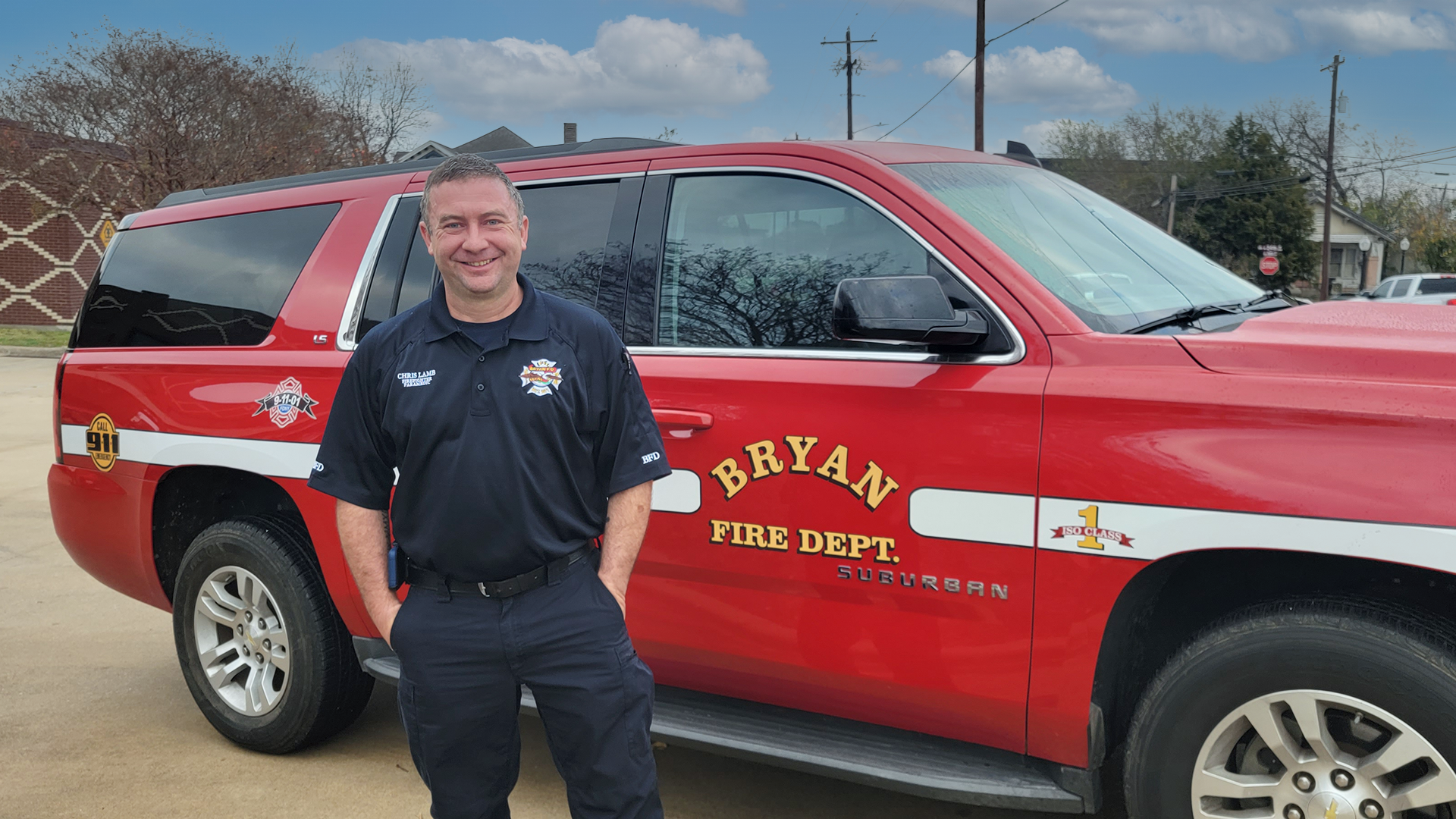 For several years, the number of emergency calls to the Bryan Fire Department has steadily increased. While many of those calls were for situations that needed ambulances, a portion of them were from residents who called 911 for situations that didn’t, and the department was seeking solutions to keep up with the call volume.

So, when Bryan Fire Chief Rich Giusti was hired this past summer, he brought a concept with him that was successful in helping with this issue at his previous department in San Antonio: Community Paramedicine. Community Paramedicine is aimed at connecting residents who often call 911 with the medical treatment, education and resources they need, reducing the number of 911 calls in the process.

In early November, Bryan firefighter Paramedic Chris Lamb began serving as BFD’s first Community Paramedic. He has been with the BFD for 19 years, and has been a paramedic for 23 years. In this position, Lamb serves as a connection point and advocate between residents who were often calling 911 for help and the community resources they need.

“A lot of 911 calls we get, people need something and they don’t know where to get it – sometimes it’s food; sometimes it’s home health; sometimes it’s a medical issue,” Lamb said. “My job is to talk to them about it, investigate the root of the problem and give them the resources they need, so they don’t need to call 911.”

People who are good candidates to be a part of the Community Paramedic program are often identified by BFD firefighters through an electronic reporting system, so that Lamb can follow up with them.

Lamb said he currently has a list of more than 20 residents who he checks on multiple times per week to help with things like medical issues that can be treated in the home, talking to medical professionals on behalf of the patient, and finding community resources.

“It’s about being proactive instead of reactive,” Lamb said. “Our job is typically reactive, but being a community paramedic has me going out and preventing 911 calls before they happen.”

Since beginning this new position in November, the people on Lamb’s list have greatly reduced their calls to 911. And, Lamb said, another positive outcome has been being able to connect the dots between many of the community resources in Bryan to create a cohesive ecosystem for underserved residents.

“The whole goal of this program is the future of EMS,” Lamb said. “As time goes on, we’re getting busier and busier, and finding creative ways to keep up with call volume is going to be the solution.”