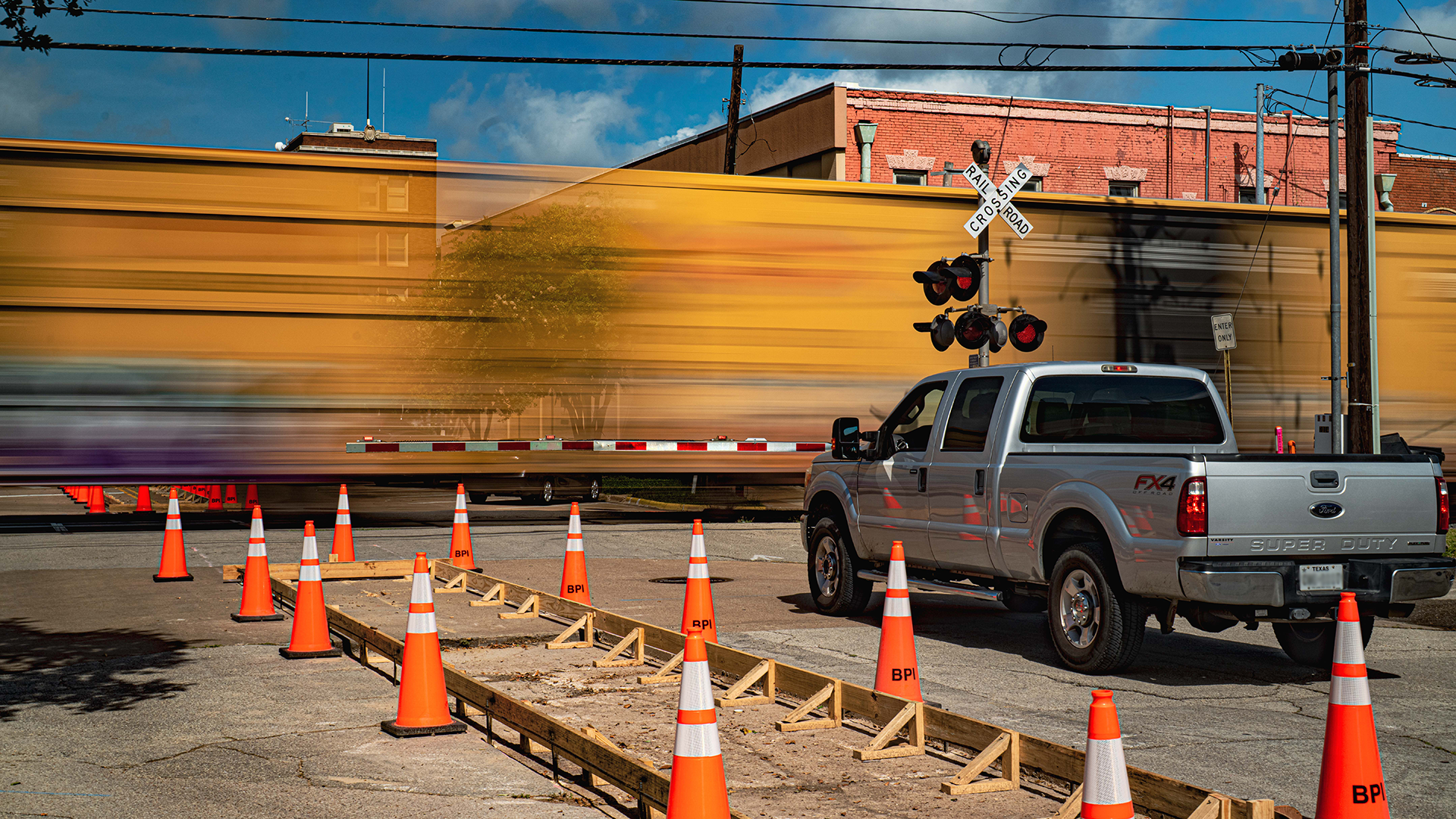 Construction work has slowed on the Downtown Quiet Zone recently, but progress is still being made, as city staff work to expedite the project as much as possible.

At their February meeting, the Bryan City Council received an update on the state of the Downtown Quiet Zone and gave feedback on potential changes at several track crossings.

City staff explained that the City of Bryan is awaiting the proper permits from Union Pacific Railroad (UPRR) to allow work to be completed within the railroad right-of-way. These permits are dependent upon several historical agreements, and once those agreements are worked out, work can begin again. This process is dependent upon Union Pacific’s timelines, and it could take up to a year to complete.

City staff will also be further studying the potential of closing three crossings, at the request of UPRR. These crossings are at 15th Street, 22nd Street and the west intersection of 32nd Street. Staff have researched the safety impact of closing each of these crossings and spoken with the Police and Fire Departments. Both departments have indicated that closing them would not have negative impacts on the response times for emergency services to nearby neighborhoods. The City Council directed staff to continue researching these options for future consideration.

While city staff wait for UPRR to issue the proper permits for construction to continue, city staff have continued to compete as many of the administrative tasks as possible to ensure that they are ready to go when the permits are issued.