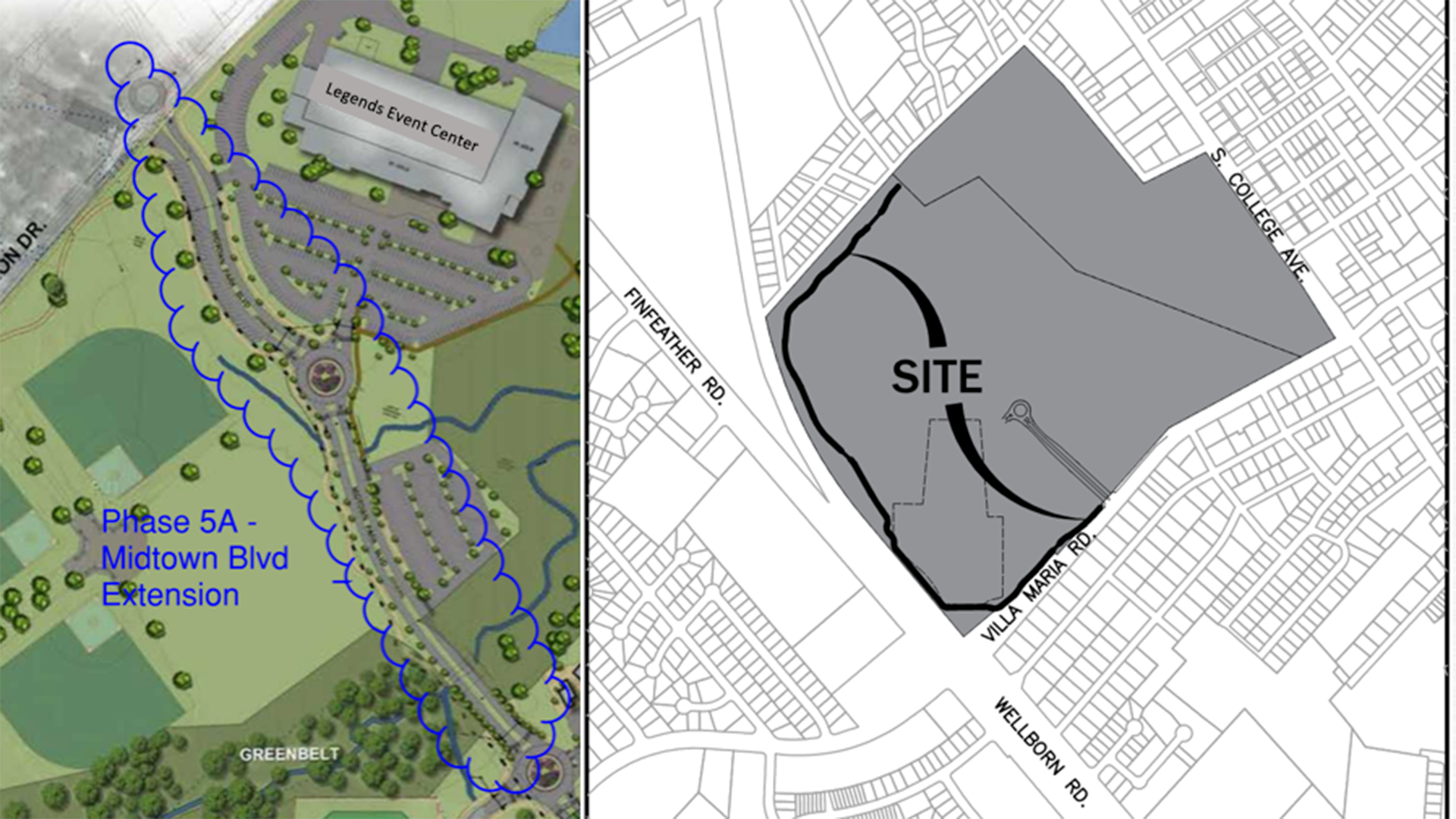 The Bryan City Council recently approved two projects at Travis Bryan Midtown Park that will bring the final vision of the park closer to fruition. At their June 8, 2021 meeting, the City Council approved the construction contracts for the first part of a walking trail that will eventually surround the perimeter of the park, and for an extension to Midtown Park Boulevard that will complete the thoroughfare through the park from Villa Maria Road to Williamson Drive.

One of the first features of Midtown Park to the public will be a portion of the outer loop shared use path that will follow the perimeter of the park.

Construction could begin as soon as the end of this month with an anticipated completion date of January 2022, weather permitting.

The second project at the park that will soon begin construction is the extension of Midtown Park Boulevard to complete the road from Villa Maria Road to Williamson Drive.

The roadway will include two roundabouts as well as a shared use path to facilitate pedestrian and bicycle access.

Construction of this project could also begin in late June with an anticipated completion in spring of 2022, weather permitting.