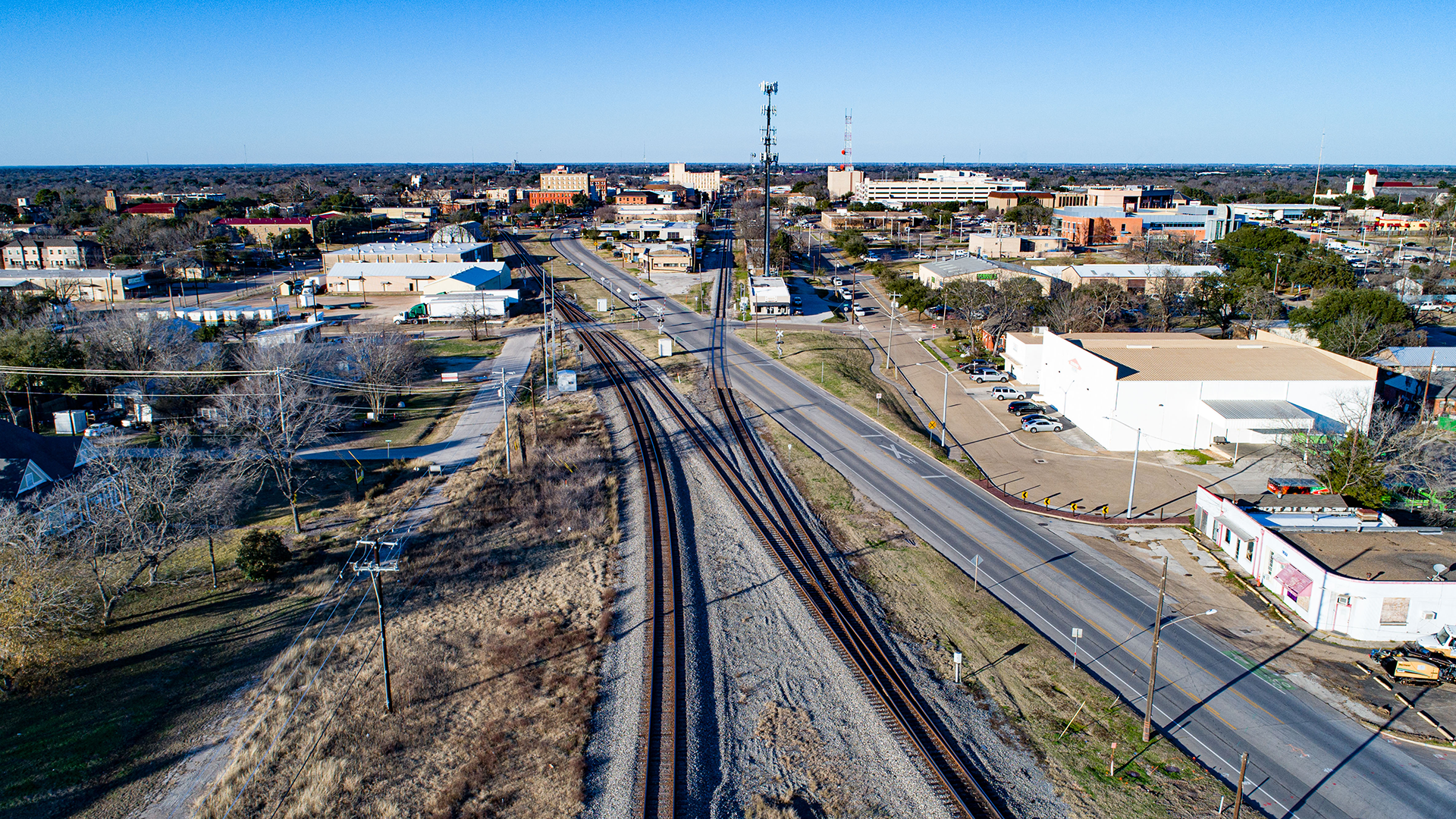 Businesses, residents and visitors in Downtown Bryan can officially look forward to a few less train horns, as the first phase of the improvements needed to make it happen was approved at the June 8, 2021 Bryan City Council meeting.

Phase One – the first of three phases to implementing the Downtown Quiet Zone – will include the construction of medians, pedestrian improvements, signage and pavement marking for 10 of the 12 intersections of the Bryan Subdivision (the eastern set) of the railroad tracks going through Downtown Bryan. These intersections include:

The Sims Street crossing and the pedestrian crossing near the Carnegie History Center will be included in the second phase of construction.

Construction on Phase One could begin as soon as late July 2021 and be completed as soon as December 2021 and is dependent upon Union-Pacific Railroad also completing trackside improvements at the same intersections. During construction, there could be temporary closures and detours to these intersections, but east-west access through Downtown Bryan will always be maintained throughout construction.

Because the Downtown Quiet Zone encompasses the entire area, train horns in Downtown Bryan will continue to blow until all three phases are complete.